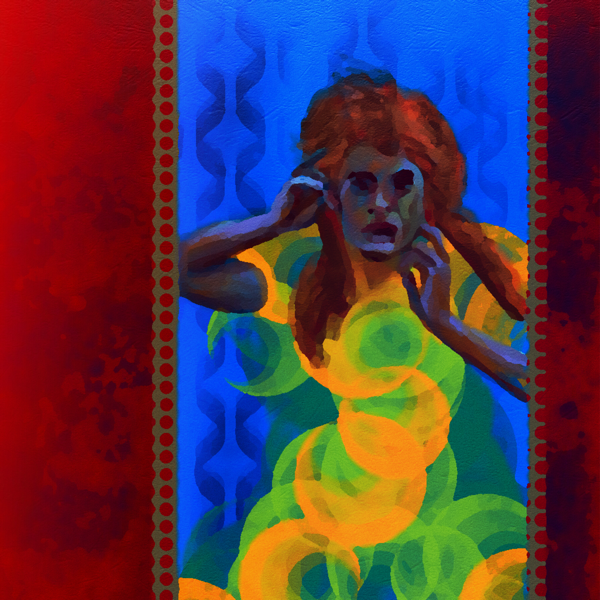 As I have said, many of the stories that Luke relates must have been told around the communal table when the early church met to pray and break bread together. I find it easy to believe that this story must have been a popular favorite, one that people asked to hear again and again. It was full of wonder, but also contained the slapstick humor of the maid Rhoda slamming the door in Peter’s face and not reopening it until she had talked to the praying disciples. This is a daffy, charming description of how people act, and its inclusion here is vital to my understanding of Luke’s spirituality. Through this simple story, he seems to be telling us that it’s okay to laugh, to find amusement, even to experience joy in the midst of dark times. In fact, it’s more holy to do this than it is to insist on acknowledging nothing but misery and sorrow.

Some people get angry when they encounter such seeming frivolity in a serious moment. Yet Rhoda’s response is, to my mind, in keeping with the presence of angels in Luke’s story. This is the fifth time that angels have appeared in the Acts of the Apostles. Two men in white robes stand beside the disciples in chapter one as Jesus is ascending into heaven. An angel appears to Philip and sends him off to meet the Ethiopian eunuch. An angel appears to Cornelius and tells him to send men to Joppa to find Peter. And, in Acts 5, the angels are responsible for another jailbreak, letting the apostles out of prison so that they can keep preaching in the temple. Angels seem to be always coming and going, and their main task seems to be the expansion of the group of believers, the widening of community. In every instance, the people they appear to do what they say – there is no denial of angels in this story. Angels appear, and the only response to them, Luke tells us, is acceptance.

He seems to feel the same way about Rhoda, and about the other funny little anecdotes that he sometimes weaves into his narrative. Rather than trying to repress them as frivolous, Luke is happy to tell us about weird things happening and people responding to them in inappropriate ways. I think that he wants us to know these stories because he wants us to be forgiving when it comes to our own inappropriate responses. For him, a beloved community is not a community of censure. Things will happen in these communities that we don’t know how to react to, and because we’re confused our reactions will be off, and sometimes blatantly wrong. If anyone is truly hurt by our wrongness, we should apologize. But a better response is to laugh at our own capacity for mistakes, to take a kind of delight in them, since none of us is perfect, and we’re all going to find ourselves in Rhoda’s position at one moment or another. And isn’t it wonderful that this community no longer always reacts to angels with fear and trembling, which was the usual response to angelic appearances in Luke’s Gospel? Sometimes there’s terror, but just as often there’s wonder that leads to a kind of hinky, stumbling reaction, and instead of finding this inappropriate, the community finds it delightful, and wants to hear about it again and again.