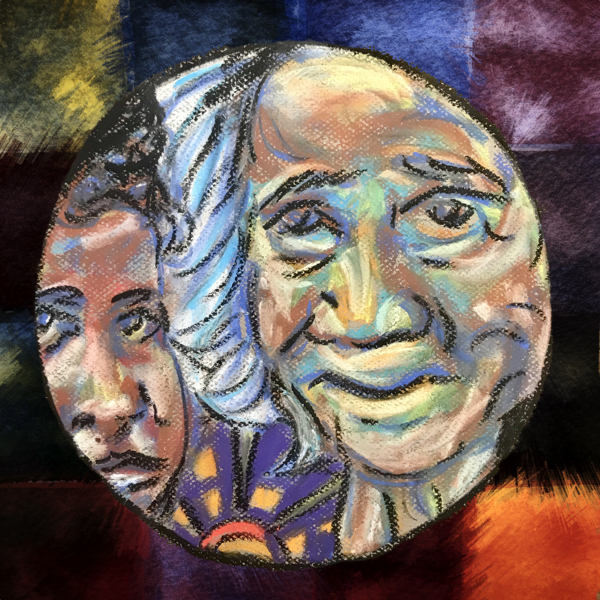 Paul and Barnabas are not going to stay and live in the communities that they have founded, communities that are already under siege in the cities and towns that they’re based in. In their travels, Paul and Barnabas have already made enemies who seem intent on following them from place to place, internet trolls of the first century who make it their business to mock, attack, and build an opposition. How terrifying it must be for the little nascent churches of Lystra, Iconium and Antioch of Pisidia to be left on their own in such circumstances. They’ve barely been introduced to following the Way of Jesus, and now they have to figure out how to follow in that way all on their own.

They were men and women who were mostly from the same social class that Jesus and the apostles had been from – laborers and artisans. Some of them were Jewish and some were gentiles. Paul had taught them, and would continue to teach them, in Thomas Cahill’s words, that “the life of the believer is to be — at least ideally — a series of acts of generosity toward others without regard to self-indulgence or self-seeking (1).” Paul left them to ponder the thought that, again in Cahill’s words, “all humanity is caught up in a great cosmic drama in which each one, however humble or ridiculous, has a significant part to play — and that we cannot do without one another.”

The leaders of these communities were not well educated in Christian doctrine or theology, because at this point theology was simply the conversations they had with their friends as they tried to follow the way of Jesus, and doctrine didn’t exist. Leadership wasn’t about preaching, and it wasn’t about academic teaching. It wasn’t about maintaining buildings, because they were still meeting in each other’s houses. It wasn’t about speaking up in the forum or trying to effect or change the ways of government. All of those things are important in our context, but in their context government was never going to listen to a word they said. Leadership for them was, simply, the art of keeping a frightened but very idealistic and hopeful community together. Making sure that everyone was welcomed and treated with love. And making sure that the community didn’t become inward looking, but operated secretly to help those non-believers whom they lived among. These early leaders were teachers, but what they were teaching was a way of being, not a way of thinking.

I have to admit that I prefer this method of leadership. At a clergy conference that I attended early in my ministry, I heard someone say that you could never go wrong by loving your people. Surely this is right. There are many things that leaders are asked to do today, but the main question we should be asking is whether we do those things with love. Paul will later have many things to say about love, but the one I always think of is that love does not insist on having its own way. If some program, some idea, some hope that a leader has meets with resistance, and that resistance plants a seed of scorn and anger in that leader’s heart, then that leader should probably let their particular scheme go, or let it lie fallow until it’s time for it to grow. The spiritual question of leadership must always be, “can I hold it lightly?” Those of us who are called to be leaders should ask this question of our planned projects and ambitions, but we should also ask it of our own leadership.