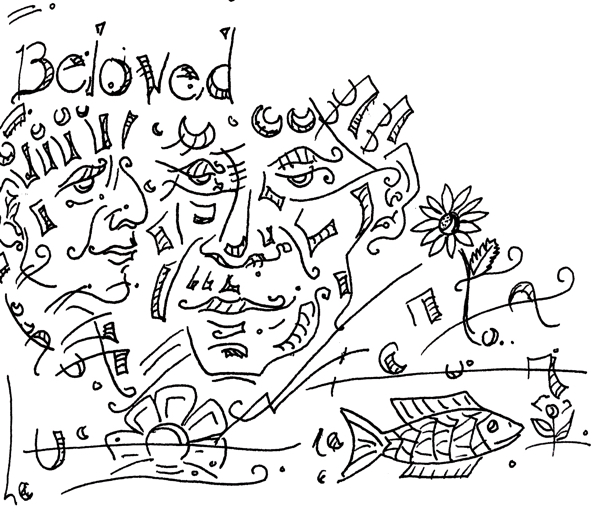 I’m writing this at the end of January, a few days after Nehemiah, Chapter 8 appeared in the Sunday lectionary. One of the things that struck me when studying and preaching on that passage was how happy the people were when Ezra read them the law of Moses, how much they rejoiced at being given some instructions on how to live their lives. The believers in Antioch express a similar joy when Silas and Barsabbas read them the Council in Jerusalem’s letter. Part of their joy is that it relieves a big anxiety. Some unappointed interlopers have come and told them that they’re practicing their faith wrong, that if they hope to be real followers of Jesus, they have to be circumcised. But their practice, the practice that Paul was formed in and his friend Barnabas supports, is to be pretty mellow about circumcision, and not teach it as a necessary entrance rite to the Beloved Community. So they’re grateful that the Council has solved the issue. But they’re also very grateful that the Council exhorts them, that it gives them four disciplines to live under. Don’t practice any form of idolatry, keep to two important food ways, and don’t fornicate.

In a way, the content of the exhortation isn’t that important. Most Christians today ignore the food ways entirely, eating meat that hasn’t been drained of blood and never questioning whether our meat was slaughtered by strangling. That said, many of us keep to the spirit of that strangulation rule, and try to avoid purchasing products that were created with processes that are cruel to animals. Yet we have accepted other disciplines over time, things that the Jewish followers of Jesus in Jerusalem never dreamt of. We abstain from certain vices during Lent, confess our sins, celebrate Jesus’ birth at a time of year that would have surprised early Christians, go on silent retreats…the list could go on. The point is that we have many practices that are important to us, and we’re happy to have them. We might even exult over them.

Sometimes the secular culture that we all live in, the culture that influences us whether we like it or not, seems antithetical to the very idea of discipline, although it probably isn’t. Even the most passionate advocates of personal freedom probably think that people should take care of their property, be prudent with money, or hold to some other discipline that seems so obvious that it doesn’t even need to be named. There is something in us that clearly needs some rules to follow. There is also something in us that can become rigid and ungenerous about those rules, and use them as a cudgel to pummel others. The rules can become idols in themselves. I think it’s important to look at the heart of the Council’s four exhortations, and understand their intent. When we do, we see that they’re all about trying to look through God’s eyes, trying to view everything with love. We can’t do that if we worship idols. But once we’re no longer worried about idols, we are exposed to a startling vision. Animals count, God loves them to, and they shouldn’t be treated with cruelty. Other people count, and we shouldn’t use them to satisfy our own desires.

We need these rules made plain to us so that we can be a community together. Any community could get lost in constant argument about which practices are the best. Such arguments can decrease love, increase suspicion and enmity, and break communities apart. That’s why simple, understandable disciplines can come as such a relief. We can stop fretting about the best ways to live our lives, and get on with living them. If the rules are simple enough, they leave room for more discovery, for finding new ways of expressing Christian love. Understanding this, we all might come to rejoice.