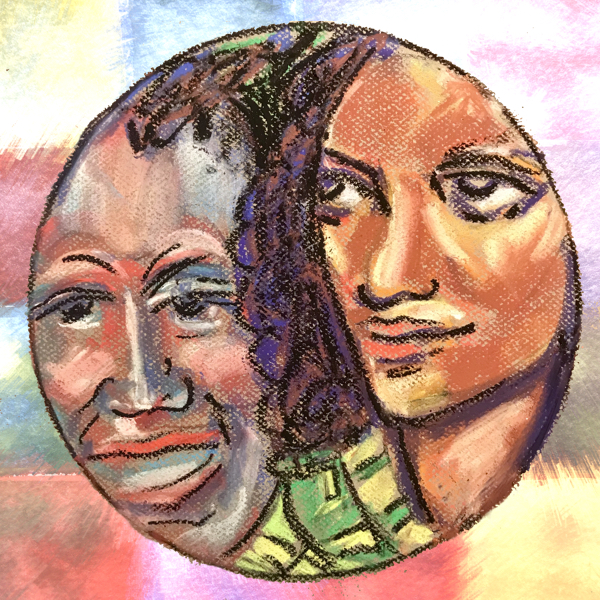 I have to admit that this read through of Acts is constantly challenging my thinking about orthodoxy and heresy. In general I hold orthodoxy pretty lightly. I’m glad that generations of Christian thinkers have thought so hard and so deeply, and argued so well, but I tend to think that the variety of their ideas and arguments shows that many ways of thinking have validity, and that ultimate truth is always a little beyond our reach. I agree with some of the scholars I’ve read who tell the Christian story as one of disagreement and discussion, and note that a Christianity that’s based in love allows for this, while a Christianity that’s based in fear becomes intolerant and starts to persecute people. Such intolerance is gross and tragic, and lacking the essential humility that can actually draw us closer to God. I don’t think that Paul and his friends were intolerant. Just look at the end of this passage from Acts – Priscilla and Aquila pull Apollos aside and have a nice and loving conversation with him. They don’t attack him in public,which might make him retrench on the positions that they think are wrong. It’s a model for Christian theological discussion. If only the history of Christianity was full of people following this model, instead of holding inquisitions and burning heretics.

This model seems especially important now, because we’re living at a time when religious ideas are loosening. Some of the synagogues that we’re told about in Acts dealt with this same kind of loosening in a fairly admirable manner. They were laboratories for a new kind of Judaism, one that wasn’t dependant on the authority of the temple complex. As laboratories, they were trying to figure out what could be acceptable to that new Judaism and what couldn’t. Sometimes this process of experimentation and discovery went well, and sometimes it didn’t. But in general, they were very tolerant of new ideas, and probably had many people like Paul floating through, who would vociferously argue their point of view, convince some others, and then drift off to some other city in the Mediterranean world.

At this moment, many of our churches are also laboratories, trying to discover a new kind of Christianity in the midst of what is sometimes referred to as the Third Reformation. My own Episcopal church is pretty mellow when it comes to questions of orthodoxy. On any Sunday morning, you can be pretty sure that there are as many theological opinions present as there are people in the pews. And I hope that our Bible studies allow plenty of room for gentle and loving theological discussion, discussion that doesn’t insist on some “right” position and then try to force everyone else to adopt it. We are a little more intolerant when it comes to what’s called orthopraxis, that is, the right way of conducting worship. But even there, we have some looseness and freedom, as long as we’re preserving Sunday mornings as a time that’s free from too much experiment.

Do we lose something by this looseness? Probably so. Many people are exhausted by encountering and wrestling with questions, some of which have never been successfully answered. Many people, quite understandably, would like to just know the truth and be given a way of living that is aligned to that truth. But for me, more is gained than lost. If Jesus’ mission was to transform us individually and then transform the world through us, we need to be patient and not try to rush through these transformations. They’re hard, they take a lot of trust and humility, they lead to some sleepless nights. The Beloved Community is not a community that wants to tell you the answers and dictate how you live. It’s a community that can sit patiently and lovingly with you as you undergo transformation, listening seriously to your thoughts and feelings, not discounting them, but knowing, also, that some of those thoughts and feelings will change, or even fall away altogether, as you transform.