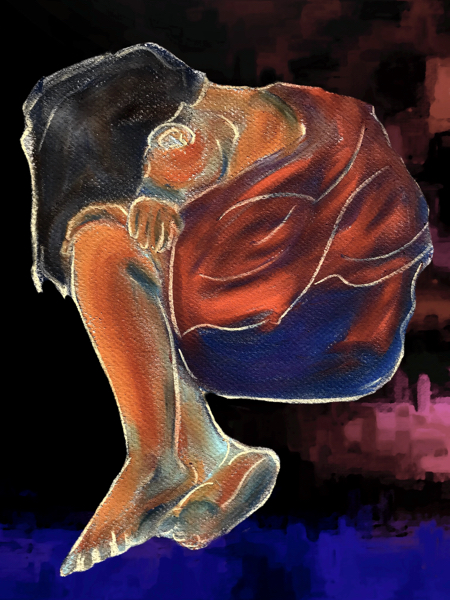 This is a very long reading, the longest I think we’ve gotten in Forward Movement’s arrangement of Luke and Acts daily readings. The riot at Ephesus is the center of it, and the story of Eutychus dying from listening to a long sermon seems like a strange little coda. But I think that the two stories have something in common, and that even the story of the Sons of Sceva contributes to the theme. Each of these vignettes is about confusion. The Sons of Sceva don’t really know how to do the job of exorcist, the crowds don’t really know what they’re rioting about, and poor young Eutychus is so confused by the intricacy of Paul’s sermon that he falls asleep. Okay, maybe he falls asleep for some other reason. All I know is that theological intricacy sometimes makes me sleepy, so I wouldn’t be surprised if the same was happening to Eutychus. Every one of the characters in these stories lacks some vital form of understanding, and they react to their confusion differently, but still, I think, it is confusion that causes the reaction.

Consider the crowd in Ephesus. Luke tells us that “some were shouting one thing, some another; for the assembly was in confusion, and most of them did not know why they had come together.” People were just getting swept up in a mob mentality, and didn’t even know why they were there. After all, only a small number of them were silversmiths, and actually economically concerned with Paul’s preaching. These silversmiths sold souvenir models of the temple of Artemis, and they worried that Paul would lead people away from the worship of Artemis and harm their bottom lines. So they cynically stirred things up, and I imagine that they were gratified by the results. Clearly, confusion can be very dangerous, especially the confusion of the crowd.

But what about the Sons of Sceva? They were exorcists, so they were used to their jobs, and they must have been utterly bewildered when they fled the house, their clothes in tatters, their bodies bruised. The thing that had been working wasn’t working anymore. They experienced the confusion of the new, the way that changes in our society seem to ruin our old ways of doing things. The Holy Spirit is zooming around, altering the make-up of society and the inner beings of the people it touches, and suddenly everything is up for grabs. Unlike the crowd, their confusion was justified.

What about poor Eutychus? I said a long way back, at the beginning of this project, that Luke has a sense of humor, and here it is on full display. Imagine the uproarious laughter that would greet this story if it were told around the dinner table during a house church gathering. This story brings Paul down a peg or two. You can imagine people meeting each other’s eyes with a look that says, yes, he could resurrect the dead, but boy could that guy get carried away with the sound of his own voice. To me, Eutychus’ sleep is the result of Paul’s own temporary confusion about how to deliver the message effectively.

If we can say that there’s such a thing as a spirituality of confusion, these three stories help to flesh it out. Don’t contribute to confusion if you can avoid it, especially if it’s the confusion of the crowd. Don’t expect your methods of doing things to always work for you, and be prepared to encounter the new. And don’t get so lost in the intricacies of your own thoughts that you stop communicating clearly to other people. I know that I’ve been guilty of each of these three things, and that makes me very glad that Paul resurrects Eutychus. Confusion, even deadly confusion, is not a permanent state. Even it can be redeemed.