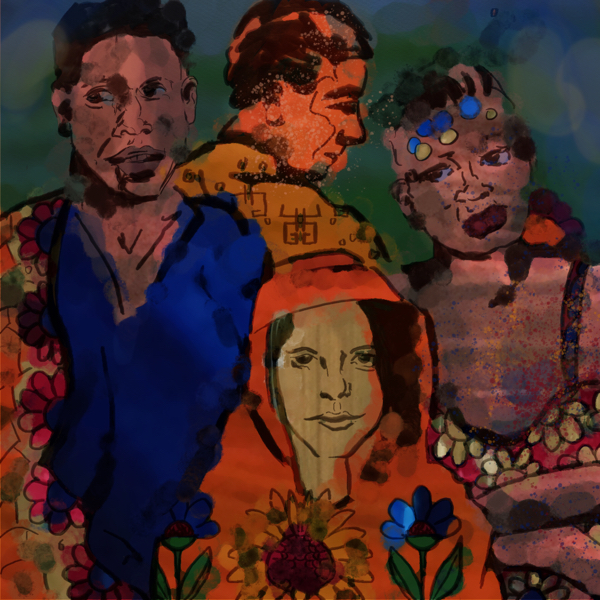 There should be a word – one of those big, pretentious German words – for that joyous moment when you realize that you’re one of eleven billion people, and don’t have to be special. I first experienced this in my early thirties, and at first I was tempted to be depressed about it. Fortunately I had some preparation from the Gospels that helped me negotiate the ego blow of discovering that I was not, nor would ever be, the center of the world. I had been assured that God was counting every hair on my head, and even if I would never be known on television or in the world of literature, I would be intimately known to God. Just like everyone else.

Peter and John have more reason to think of themselves as special than I ever did. After all, they’re healing people in the temple and helping the lame to walk. And the crowds that surround them are amazed. Yet Peter refuses to take credit. His response is essentially egoless. It wasn’t me, he says, but Jesus. And in this simple encounter, he set the pattern for the church. He said, in effect, that the Beloved Community of the church had only one charismatic leader, and that leader is Jesus Christ, and the rest of us should be content to simply feel the hairs on our heads counted by the fingers of a gentle God.

Peter invites people to know Jesus, even those who rejected and crucified him. He does this because he realizes that God loves and knows them just as much as God loves and knows the disciples. All things, he says, all miracles, all history, all stories, point to Christ. We don’t need leaders who are sunk in their own egos, making choices and exerting power in order to keep those egos defended. We need leaders who want to become thin, almost transparent with grace, like saints in stained glass windows. We want to be able to see through our leaders and see the light of God shining both in them and outside of them. For Peter, and for the Beloved Community, a true leader is exactly the opposite of the Pharisee in the parable of the Pharisee and the Publican. Instead of saying “I thank you God that I am not like other people,” a true leader says “I thank you God that I am exactly like other people, as full of trouble and grace as them, as silly and as wise.”