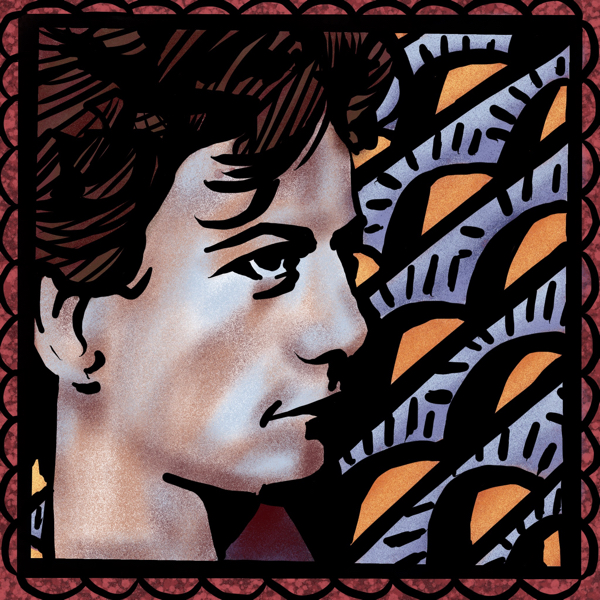 From the first, Luke was more than aware of the kind of egotism and vanity that can arise in communities. As he traveled with Paul, he was often in small rooms, eating dinner with friends, sharing funny stories, listening patiently to the concerns and worries of his dinner companions, and treasuring the moment when the talk would turn from the general and superficial to the deep, timorous unveiling of the human heart. He was also more than aware of the petty arguments that were arising among the early Christian community, and the characters of those who insisted on being right. He was sensitive to any move to exclude or to try to control grace (after all, in his retelling, Jesus says that blaspheming against the Holy Spirit is the one unforgivable sin). He worried that the Way of Christ might be perverted into the same old religious and political structures that persecuted the disciples and crucified Jesus. So when the high priests and scribes come back into the story after the resurrection, we should prick up our ears and realize that he’s not only talking about the temple authorities, but about the general human tendency to claim power and prominence and exert control.

His worries were well founded. As soon as Christianity became the official religion of the Roman Empire, it attracted all sorts of people who weren’t that interested in humility and selfless love, but who saw in the new religion an opportunity to advance their careers and establish dynasties for their families. These people were adept at turning innocent wondering into heresy and establishing their power through persecution and the exposition of ever finer points of doctrine. Fortunately, the Gospels had clear criticisms of this behavior written into them, for anyone who cared to really read them. For every Bishop polishing his crozier and considering his prestige, there was a saint, a contemplative, carefully daring to express that it was not possible to know and understand everything, that, indeed, knowing perfectly hardly mattered. Loving perfectly did.

All of this is laid out at the beginning of the fourth chapter of Acts. Here are the temple authorities, so similar to the prelates and inquisitors of later ages, who are worried about unauthorized miracles. Yet they can’t really take Peter and John seriously, because they are “uneducated and ordinary men.” But they’re worried. They don’t want this unsanctioned hope and faith to spread. It is notable that all of their learning and power can be so easily threatened. It’s almost as if faith that is built entirely on the ego and on control is fragile by its very nature.

Let’s not, however, focus entirely on them, but give a moment’s consideration to Peter and John, the models of faith that Luke presents to us. They are, indeed, ordinary and uneducated men. As I read Acts, I’m also reading Thomas A Kempis’ The Imitation of Christ, a 15th c. instruction manual written for a clergy class that had become too enamored with its own education and wit. The whole book reads like an extension of Peter’s words to the temple authorities. As I peruse it, looking for the perfect passage to end this post with, I find myself stymied by the fact that it all works to one degree or another, and that Thomas A Kempis doesn’t seem that interested in helping me prove my point. But let me offer a passage that balances a critique of the priests and scribes with lovely praise of people like Peter and John:

How swiftly it passes, worldly fame! If only their lives had matched their knowledge! Then they would have worthily studied and read. How many worldly folk are led through vain knowledge to perdition! Little they care for the service of God! And because they would rather be great than humble, therefore their plans come to nothing. He is truly great who has great charity. He is truly great who is little in himself and reckons as nothing the highest honors(1).