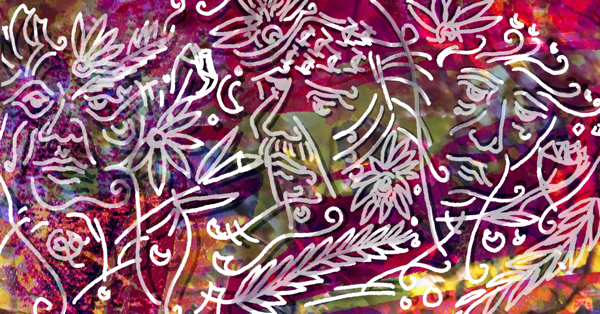 No sooner has the community of the first church come together than it is threatened and afraid. All these early Christians really want to do is wander about the temple praying and helping out the people who ask them for help. Their actions are so inoffensive that it seems almost impossible that they should be threatened by the temple authorities, and yet they are. This is as much an indictment of the fragility of power as it is a tribute to the strength of the small and faithful community that power tries to quash. Yet the threat gives the community a chance to articulate its purposes. Why does it exist as a community, what is it for? Their answer: it’s for healing, for the revelation of signs and wonders, and for the shaking of the Holy Spirit.

This community is a little bewildered by the response to it – “why did the gentiles rage, and the peoples imagine vain things?” But it becomes clear early on that this community is so different from the rest of the world that its very difference is perceived as dangerous. The communities of the world, as a whole, don’t want to be shaken by grace. They don’t want to experience signs and wonders. And if these things are necessary to healing, they don’t really want to be healed. They don’t want to try to cultivate perfect love and look at the world through the eyes of God, because if they did they would have to surrender their understanding of self. They would have to become like the disciples, who seem to be mad with grace, doing nothing but wandering about, praying and healing.

“What is the ‘world,’ that Christ would not pray for, and of which He said that His disciples were in but not of it?” Thomas Merton asks. “The world,” Merton says, “is the unquiet city of those who live for themselves and are therefore divided against one another in a struggle that cannot end, for it will go on eternally in hell. It is the city of those who are fighting for possession of limited things and for the monopoly of good and pleasures that cannot be shared by all (1).” This is the world of the temple authorities, but if we’re honest, it’s also the world that most of us inhabit most of the time, whether we’re ordained or belong to churches or not.

It would be arrogant and untrue for me to claim that I belong to the Beloved Community more than I belong to the world. Sometimes I do, but most of the time I find myself living in the city of those who are fighting for possession of limited things. I am not quaking and quailing with the Holy Spirit. Yet the Beloved Community of my church is there to remind me that such quaking and quailing is possible. My participation in this community is always threatened, but usually it is my own hypocritical allegiance to the temple authorities, the powers and privileges that I hold to so tightly, that is doing the threatening. And when threatened in this way, I can only hope to do what the apostles did, to gather with those who share my hope for something better, and invite God into our gathering through our prayers, knowing that we, in ourselves, cannot be pure members of the beloved community that we long for.