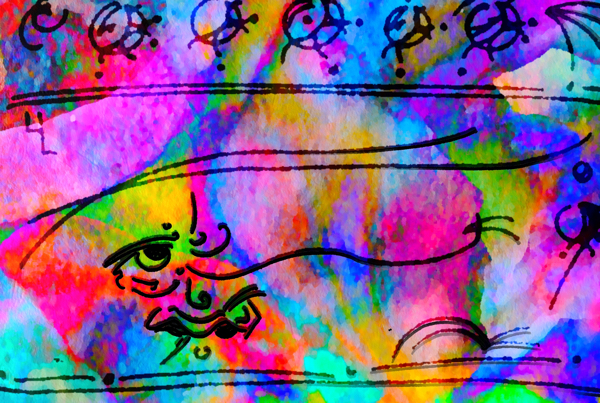 Imagine this story being told around the table at one of the many meals that Paul presided over, Luke sitting to one side and noting everything. People are eating, dipping bread into olive oil, picking over fish, and as they eat they tell stories of Jesus and the disciples, engaging in the kind of deep spiritual conversation that is so life giving. The conversation lags for a moment, and then someone says, “I know another story, about what will happen to you if you’re a hypocrite and pretend to be better than you are.” Everyone feels a little guilty, and as the story is told they start searching their own consciences. What have they been holding back from their neighbors? Which of their own petty contrivances might become known? The story goes on, and it’s super harsh, and people are looking down at their sandals, or picking at their cuticles, not willing to meet each other’s eyes. They’re all at this dinner because they want to be a part of this new community, and they’ve been gaining a great deal from coming to dinners like this. But now the storyteller is telling them that there’s a cost. That by breaking bread together and singing and praying together, they have agreed to live under a kind of discipline. Their lives and their choices are no longer really their own. They belong to something greater than themselves, and for the most part it’s wonderful, but this community that is encouraging them to surrender their egos so that they can live within the deep beauty of the Kingdom of God really means it, and they’ll have to obey the wisdom of the group and give some things up if they want to grow in the spirit.

Tough stuff, without a doubt, and Ananias and Sapphira’s story is exaggerated to make a point.  But it’s a point that’s worth making. When we join a community, we agree to live by its norms, the way it seeks to make meaning, the way it understand the world, and the actions that stem from those norms and understanding. The classic Christian term for this is discipline. In the church, clergy live under the discipline of their bishops, which means that they understand that they might not be in a position to see the big picture, and they have to accept that there are some things going on behind the scenes in a diocese that they simply can’t be privy to. They can disagree with their bishop, and even kick against the goads a little, but they remain dedicated to the spirituality of being a person under discipline, willing to accept that they can’t and won’t always have their own way. This isn’t only true of clergy, but of every single Christian in the world, to greater and lesser degrees. Being part of a church means agreeing to its norms and practices. More than that, it means being willing to let those norms and practices shape you. By the very act of belonging, you are essentially saying to other people that they can change you, and you are trusting that the changes they wrought in you will draw you closer to God.

Everyone gathered at that table with Paul and Luke understood this after they heard the story of Ananias and Sapphira. They were left with a choice, of course. They could turn away from the discipline of the community and simply not come to its next gathering. They could stay with the community, and willingly allow it to shape and change them. The one thing they couldn’t do was act as hypocrites, and pretend that they were agreeing to the discipline of the community while finding ways to avoid it. They might not physically die if they did, but they would enter a kind of spiritual stasis that amounted to death, unable to grow and change under discipline, unable to accept the fruits of Beloved Community, because they were unable to contribute to those fruits in their turn.