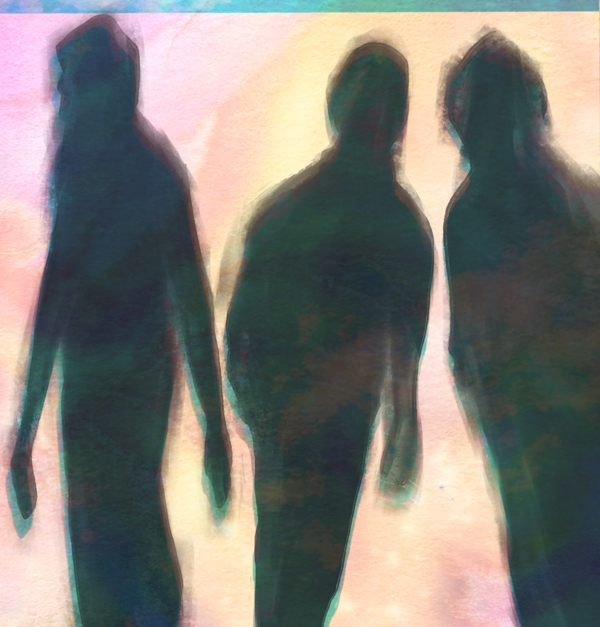 The contemporary spiritual world is full of talk about shadows. This is due to the influence of Carl Jung, who talked about shadows as those parts of ourselves that we want to keep hidden, both from our neighbors and God, but most of all from ourselves. When we feel a strong dislike for someone and don’t know why, it’s because that person exhibits our shadow self. Maybe we claim that they’re selfish or weak, but it’s only because we blame them for bringing our own selfishness and weakness into the light. I first encountered shadow-talk in childhood, when I read Ursula K. LeGuin’s A Wizard of Earthsea. In that novel, Ged, a very gifted young wizard, full of pride and hubris, inadvertently summons his own shadow while trying to impress others with his magic. This shadow escapes from him, and he must spend the rest of the book hunting it, and growing in the humility that it takes to face a shadow. The book reveals what we all fear – that those parts of ourselves that we are most ashamed of will escape from our control and hurt others. But in spirituality, shadow work isn’t about getting better at repressing this shadow. It’s about learning to treat it gently, to forgive it, even to laugh at it, not in mockery, but in joy, when one can see how ridiculous our attempts to control it can be. Shadows can be redeemed. And a redeemed shadow can even be healing to other people.

Obviously, I think it’s significant that it’s Peter’s shadow that is healing people. People put themselves in the way of his shadow – they don’t run from it, but want to encounter it. This, truly, is what a redeemed shadow looks like. Peter doesn’t lose his shadow – a redeemed shadow is not, simply, vanquished. In Jungian terms, a shadow is anything outside of the light of consciousness, so Peter is probably not even aware of his shadow. That is, it’s still a shadow, not something he dwells on with his conscious mind. In a sense, it’s still beyond his control. But all of those traits are exactly what allow it to be redeemed. Our shadow selves can be seen as those parts of ourselves that are the well of our creativity – the unconscious parts of ourselves that can prompt us to thoughts and actions that our controlling conscious mind would never deem to think or undertake. A redeemed shadow like Peter’s is much closer to the unknowable, uncontrollable God, the understanding of God that Jesus tried to reveal to his disciples. The power of healing in Peter’s redeemed shadow might stem from exactly this – its a vision of a life that is released from fear and control, a life that doesn’t try to project its own disappointment and disregard onto other people, a life that is willing to stand exposed in the stark light of God, revealing all of its good and all of its bad and expecting to be loved, not judged.

Of course such a life is threatening to those who draw their power and prestige from judgment, from convincing others that they’re unworthy and in need of rules, rituals, life-hacks that can somehow restore them to grace, or at least make them better. This is why the temple authorities try so hard to put Peter and his friends in the darkness of a prison. They don’t want people to know that their shadows can be brought into the light.

Of course, most of us, myself included, have shadow selves that are not entirely redeemed, and when we try to bring them into the light, we are just as likely to hurt as to heal. Yet when we find ourselves living in Beloved Community, we are met with forgiveness, not scorn or judgment. We can cry in church, criticise our leaders, storm out of meetings, and find ourselves still loved, still accepted. We all have shadow work to do, but one of the great gifts of the community that the disciples founded is that it gives us a place in which to do it.

A Litany for Martin