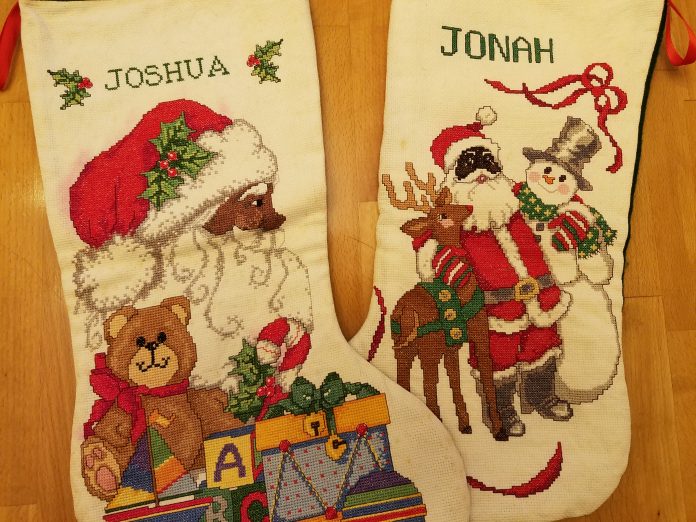 In our house, Santa was Black. So were some angels, shepherds and wise individuals. The wise ones and shepherds were fairly simple to locate, although we fudged on the clothes for the female magus (the one without a beard). Black angels became easier to find as the years went on, but depictions of Santa were scarce.

Santa in person was always unproblematic. We lived in a racially diverse neighborhood, and the YMCA two blocks away always had a Black Santa. And the Santa that visited our church also was Black with Black and White elves. His laugh was well known to our children because he was an elder and usher who took special time with our kids, especially our Black son. A long beard couldn’t disguise him, even to a 4-year-old.

At the yearly Christmas pageant, angels and shepherds were both male and female, Black and White; Mary and Joseph were often of different skin colors. Jesus was always the newest baby – independent of racial identity. If there was no recent baby, we always used a Black doll.

One Christmas season, I cross-stitched two stockings for my 2 boys (my older son is White). I got Santa kits for each, and then realized my dilemma: The company had included the wrong colors for the Santa’s skin! For the first Santa, I winged it, using browns from my stash. The result was OK, but a little too dark for what Santa should really look like. So I took my younger son to my favorite needlework shop to match thread to his skin. The shop was in a fairly wealthy White neighborhood in the burbs (should have gone to the local Michael’s instead!), and when I walked in with my son the eyes of other customers and the clerks got wide. No overt insults, but no one came to help us when I held up various threads to his face and the usual friendly banter at the check-out counter was absent.

This Christmas, our Black son and his East Indian fiancé are coming to visit! They live in Minneapolis where he grew up. Our new home in Cincinnati still feels “new” – still awaiting the stories which will make future Christmases rich with retellings. I’m thinking of future grandchildren and what stories about our family, our neighborhoods and our churches I’ll want to tell them. Along with stories of burnt Christmas bread and The Best Present Ever, I know I will want to share how being a multi-racial family shaped our traditions and our understanding of Emmanuel. In a society as racist as ours, Christmas for me is time for longing and preparing for a Beloved Community where Santa can come in all colors.