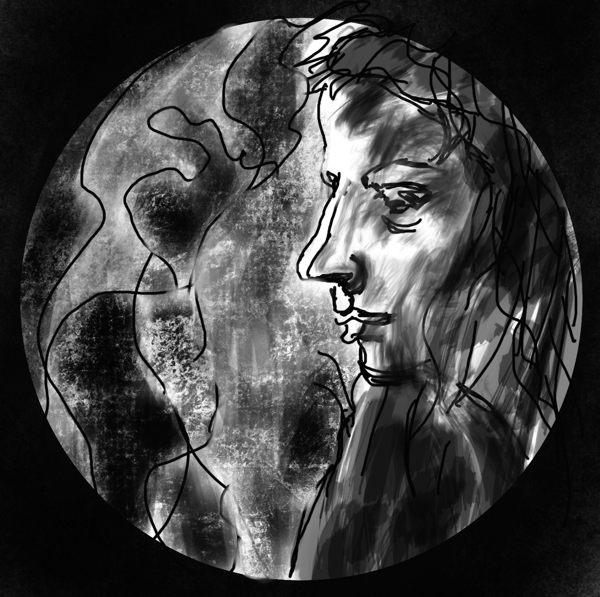 I went to visit a woman who had been found on a park bench and brought to our shelter by the police. A shelter worker became her advocate, and helped her get the five years of social security back pay that she was owed by the government. The worker helped her find a small apartment, and when I went to see her she was living there with her little dog. It was February, and the glass patio door was open. I and the little dog shivered, but the woman seemed immune to cold. She smoked and the smell of burnt tobacco mingled with the cold air. She was taking her medications, and in recovery, but there was something eerie about the chilled stillness of the room. Within months her illness would reassert itself and she would begin attacking her friends, full of anger and paranoia.

As I sat with her, part of my unease was for myself. I saw her relapse coming, and I recognized it in myself. I have not suffered from mental illness, but I have attempted multiple resets of my life, all of which have failed to a greater or lesser degree. Incrementally I’ve gotten better, become more peaceful, less compulsive. But compulsion is still there, waiting for my weak moments. Old habits have force, they awaken and overwhelm, and in my weakest moments I don’t put up much of a resistance.

When Jesus says that the unclean spirit returns to a swept house and finds no resistance, he is speaking simple psychological truth. This is what makes real amendment of life so hard. We know what we want to banish from our lives, but we don’t know what we want to fill our lives up with. So we banish the bad things and then sit within empty, cold rooms, doing nothing, until our banished brokenness returns.

Which doesn’t mean that we shouldn’t try to exorcise our demons. Jesus is harsh to those who question the effort, reversing his previous stance and saying that, in this matter, whoever is not for him is against him. We have to make the effort of amendment. But it can’t just be scattering. The emptiness that our demons leave behind has to be filled. We need to invite the divine into our empty houses.

How?  By turning the eye into a lamp, so that we can look out at an enlightened world.  By looking sharply and distinctly, and inviting the things we see to move us. By taking on new habits, new practices of attentiveness, that let the blessing in. By listening hard to people as they tell us about their lives, and not sitting in judgement on them. By honestly mourning the people we loose along the way, and celebrating the people we find.