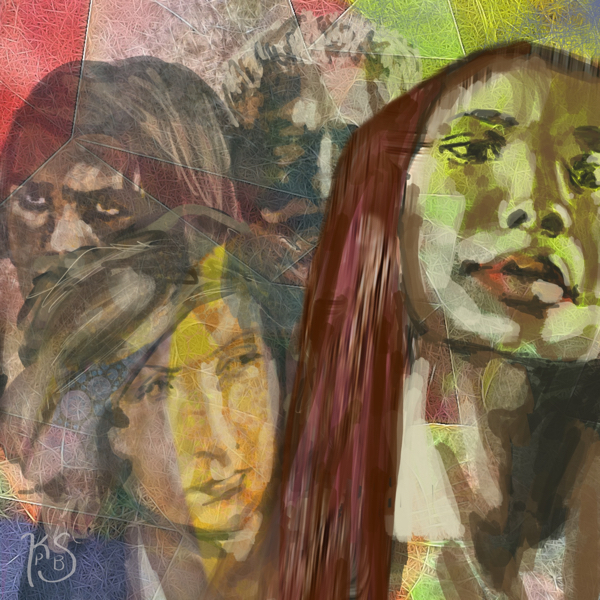 We have talked about how the Christian response to fear and to the loss of political and social power is present-mindedness, superrational hope, and a willingness to enter into suffering.  Now we come to the final response and expectation, the release of identity. Again, Jesus is with the Pharisees, although now he’s banqueting with them, rather than arguing with them. He begins to critique their understanding of their own identities in the small sense.  He doesn’t question their overall identities as Jews and Pharisees at first, but he does question their status-consciousness. In their small circle of mid-first century Jews (not a large proportion of the world’s population by any means), and in the even smaller circle of Jews who consider themselves Pharisees, they are still worried about privilege and prestige.  Free yourself from the need for status, he says, and then he tells them how. Take the most low-status position imaginable. I should note that he says this after having healed the man with dropsy, breaking the rules and thus rendering himself low-status in the eyes of the Pharisees. And yet, obviously, he’s the guest of honor. So he’s confused all of the categories before he even begins his teaching, a teaching which is intent on confusing those categories even more.

But the status we hold within our own little social and political groupings is only a tiny part of our identity.  Jesus continues his teaching, questioning those groupings themselves through his parable of the great banquet. Let’s let Peter Rollins provide his wisdom to us:

In this parable we are first introduced to the natural division that those who first heard this parable would easily recognize: namely, the division between those who should rightfully be at a wedding party and those who should not.  Like so many parables, this one begins with what people would understand and accept. But then it turns common ideas on their head and introduces the reader to something that cuts across what we take to be natural and right. A genuinely new, shocking, and distinctly unnatural division is presented to us – one that emerges between those who want to come to the party, despite their tribal differences, and those who exclude themselves by wanting to hold tightly to them…In this new type of party, “the good” refers to those who are willing to accept the invitation and stretch across party lines, while “the bad” refers to those who so tightly cling to their own identity that they are not willing to encounter others, listen to them, or allow them to be an instrument of their further transformation. (The Idolatry of God, pp. 111-112)

The Christian way is to try to free ourselves from all of those identities that would prevent us from attending the great banquet, to look past the divisions of us and them and not merely accept the other, but become the other.  This is exceedingly hard to do. We come to our identities early and hold onto them tightly. They are a kind of shortcut for understanding ourselves and our places in the world. When I was a teenager it was very hard to wake up every morning wondering who I was.  When someone offered me an identity, I accepted it with relief, because it eased the burden of authenticity. I have spent much of my adult life trying to unlearn this shortcut, to set it aside so that I can attempt to discover my soul.

On an individual level, these identities are dangerous because they are a tool that our egos use to keep us separate from God.  Rollins explains why:

By embracing…cultural, political, and religious narratives and by identifying so directly with them, we gain a sense of knowing the truth, of having a God’s eye perspective on the world.  These narratives [of identity] offer us a sense of mastery, a way of understanding things that might otherwise appear foreign, peculiar, and frightening. When we are faced with pain, these narratives offer us a way of understanding it and giving it significance.  They act as a type of compass that helps us navigate our world.

On the surface this might seem good and necessary.  But we are not masters of the world, and when we assume that we understand things that appear foreign, peculiar, and frightening, we shut them out and turn away from our own capacity for growth and change.  Rather than truly having a God’s eye view of the world, we exalt our ego and understanding to the status of God, and worship our identities.

These identities can be dangerous to individuals. Collectively, they can become disastrous for our collective life on this planet.  In times of crises we double-down on them, oppress others out of fear, or ignore their suffering because we tell ourselves that they are not like us.  Far from seeing through God’s compassionate eyes, we descend into the bunker of identity and hope that we’ll survive as the world burns above us.

And so Jesus calls us to let these identities die.  If we can’t, we won’t be able to taste the banquet that God spreads before us.  The parable of the banquet is not about us, from our position of high status, being kind to the poor, the crippled, the blind, and the lame.  It is about us admitting that we arethe poor, the crippled, the blind, and the lame.  That everyone is. It is about setting our identities aside so that our egos can’t use them to assert mastery, and so that we, humbled, can learn to love like God loves.