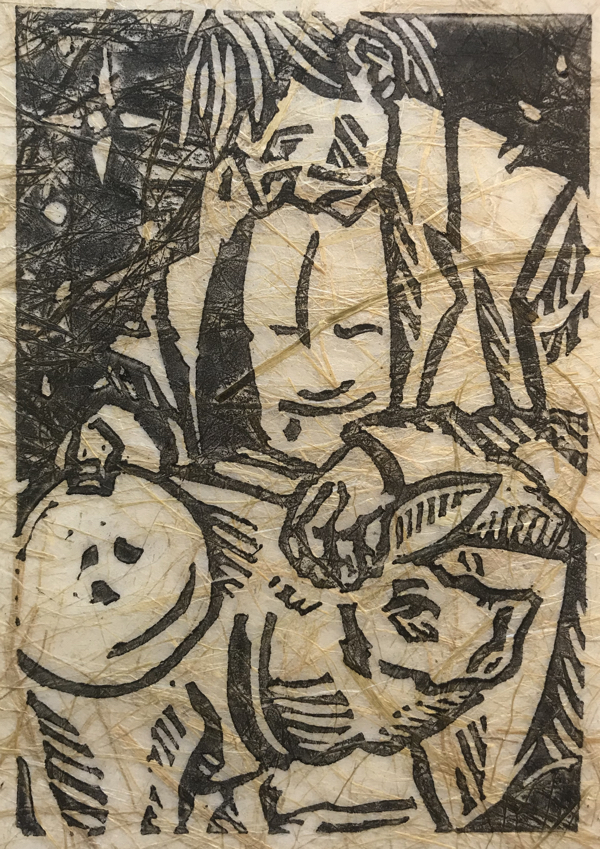 Starving, grimed with the dirt of the pig sty, the Prodigal Son came to himself. Maybe he hadn’t really believed in himself until that moment – believed that there was a real self, a soul, that was being obscured by all of the needs and wants of his false self. He had been living a life of sin, but not because he was spending his time on women, wine, and gambling. The root of his sin was a kind of atheism about who he was, the belief that he was nothing more than the jangling collection of his wants and desires. As Thomas Merton puts it, “all sin starts from the assumption that my false self, the self that exists only in my egocentric desires, is the fundamental reality of life to which everything else in the universe is ordered (New Seeds of Contemplation, 34-35).”

The moment when he came to himself was a theophany, a moment of encounter with God. It was the moment when he discovered his own soul.Merton, again: “there is only one problem on which all my existence, my peace and my happiness depend: to discover myself in discovering God.” This is not merely a story of a person changing his behavior. This is a mystical story, a story of profound transformation, a story in which God is revealed dwelling within the heart of a realized human being.

That is why the story has resonated for so many and for so long. Most people, if they’re honest, know that a change in behavior requires a change in perspective. Only transformed people can live transformed lives. This is why I’ve been so focused on the ego and identity in the last few weeks. Both the ego and identity are defensive masks. We wear them for ourselves as much as for other people. The Prodigal Son is a person unmasked. When you look at him, his soul is all you see. This is why his father is so excited, why he runs to meet this naked and exposed son. God embraces the person who has come to themselves. God, in fact, is already embracing our souls, is intertwined with the human soul in a double helix of love.

The elder brother continues to wear his mask. Unlike his younger brother, his is not a mask of self-license and foolishness. It is the mask of the upright, the person who refuses to acknowledge their own brokenness, the ego that believes that righteousness is enough.  The elder brother has not come to himself.

In order for him to do so, in order for us to do so, we need grace. Merton writes that “although I can know something of God’s existence and nature by my own reason, there is no human and rational way in which I can arrive at that contact, that possession of God, which will be the discovery of Who God really is and of Who I am in God….The only One Who can teach me to find God is God, Godself, Alone.”