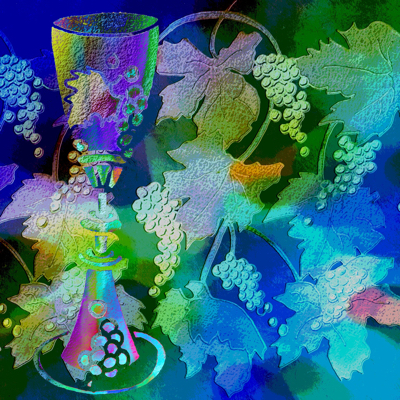 The disciples knew, of course, what was coming. For weeks and weeks Jesus had been talking about Jerusalem, and how he would be arrested, tortured, and killed there. He also told them that he would rise from the dead, but that was so strange and mysterious that their minds couldn’t rest on it, but instead focused on the pain and death. Then, when they arrived in Jerusalem, they sat with him in the Temple grounds, and the anger that he caused, the long-simmering conflicts that his presence brought to the surface, were palpable. So they knew. They knew that suffering was coming, and they were afraid.

When I say the words of the Institution Narrative on a Sunday morning, when I lift the bread and say “This is my body, given for you, eat this in remembrance of me,” and when I lift the cup and say, “This is my blood, given for you, whenever you drink this, do this in remembrance of me,” I know that I am speaking into an atmosphere of fear. And I know that those words that I say are the great reassurance. The disciples were afraid that they were going to lose Jesus. And Jesus told them that he couldn’t be lost, that he is present in what we eat and what we drink, in the simplest daily actions of our lives. He offered them a glimpse into his continual presence, but not all of them could see it.

I wonder if Judas was really been listening when Jesus talked about God’s love, and attentiveness, and wonderment, and the possibility of banishing fear. It is clear he never repented, if repentance means being of a new mind. His is the old mind, the mind that believes that it has only itself to rely on, and that it must protect itself by controlling others. His actions make this clear. And they are often our actions. We often choose the silver over the reassurance, security over hope. Yet Jesus eagerly desires to sit and eat with us, and participating in this meal is incredibly simple. Just look for him in your daily bread, in the simple, sustaining actions of your daily life.