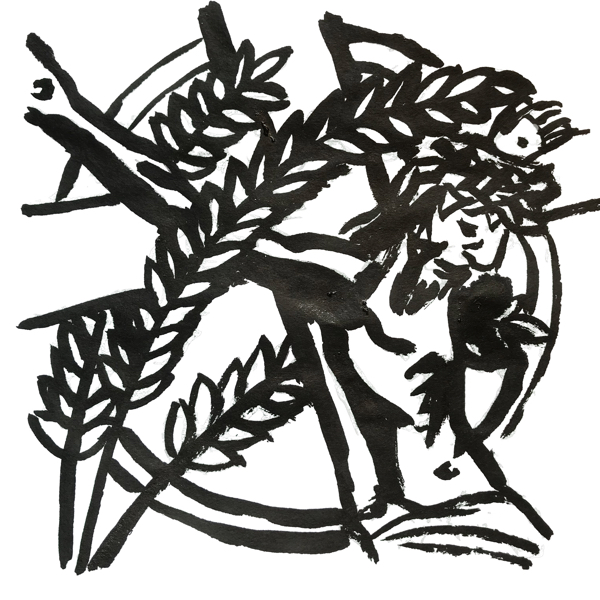 So what does Jesus accomplish on the cross? According to Adyashanti, a writer whom I’ve mentioned before on this blog, the cross is the moment of ego death, when divine radiance burns “all of the old conditioning that opposes spirit out of our system.” I like this well enough, and agree that Jesus is modeling the thing that must happen to us, but it can’t be what’s happening to Jesus. Adyashanti is not a Christian, which sometimes makes him invaluable, since he hasn’t been trained in all the expected ways of thinking about things and can look at the life and death of Christ from unexpected angles. But for Christians, Christ is perfect, from before time and forever, even when he’s arguing, questioning, and changing his mind. He has no ego that has to die. So although the via crucisand the via lucisare a model for us, I think it’s fair to say that Christ enacts the model without needing to learn from it himself.

I’m not sure he actually had to die. In seminary, we were taught that the Eastern Orthodox don’t really need western Christianity’s atonement theories. For them, the death on the cross was never part of some grand and cosmic plan. It happened because the people who found Jesus so threatening, the people in power who were all ego and didn’t want to be anything but ego, killed him. They didn’t have to kill him, but they did, because that’s what the defensive ego does. It kills those sneaky thoughts that threaten it, that whisper in the night that we’re not really that important, that we do not make and control the world, that the most we can be is witnesses to God’s glory. Of course, the Eastern Orthodox fathers and mothers didn’t use the language of ego, and of course they probably didn’t all hold to this thought, since people and their thoughts are diverse. But I loved learning about this point of view, and for the most part I’ve accepted it.

Jesus goes to the cross and refuses to save himself, not because he’s enacting some grand plan, but because he’s egoless. He doesn’t try to control events, especially if controlling them means hypocritically forsaking everything he said during the Sermon on the Plain. He accepts a blessed poverty, a blessed hunger, a blessed sorrow, and the blessed hatred, exclusion, reviling, and defamation of other people. He goes to the cross for the same reason the disciples set out on the road with nothing in their pockets. He goes to the cross in order to live the beatitudes.

I have not known this moment, since my ego is still very deeply present, but the person of Jesus on the cross reveals that there is a moment when the via crucisand the via luciswill cease to matter. A moment in which we will be as indifferent to pain and suffering as we are to health and happiness. The great saints, John and Teresa and all the others, have known this moment. They write about it and reassure us that it’s there. But they also tell us that it only lasts a little while. Teresa says no more than twenty minutes. Then we find ourselves journeying again, traversing the via crucisand the via lucis, because we are human beings, and not God. We will never truly be able to be like Jesus on the cross, eternally perfect and egoless. But we will know moments of such perfection, hanging suspended from our needs and our suffering, perfectly joyous, full of God’s love and compassion for the whole world.