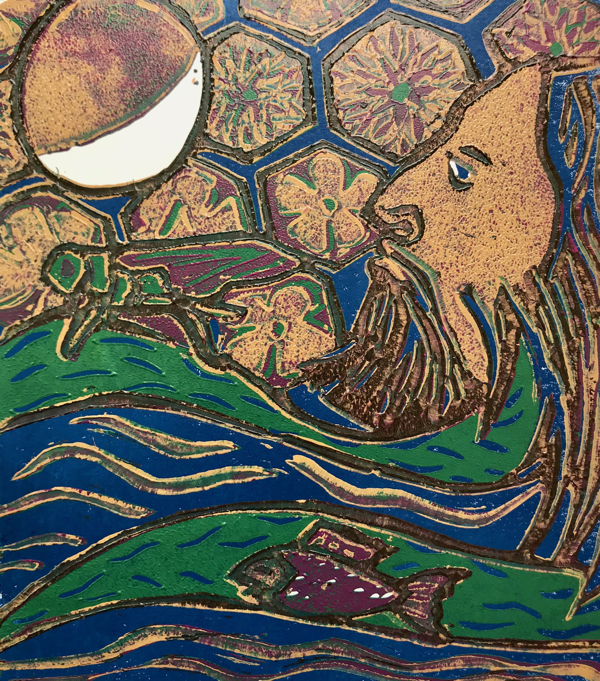 Gardner Taylor, the great preacher and Civil Rights leader, began a sermon on Luke’s third chapter by slowly reading the names and titles of the authorities.  “In the fifteenth year of the reign of Emperor Tiberius, when Pontius Pilate was governor of Judea, and Herod was ruler of Galilee, and his brother Philip ruler of the region of Ituraea and Trachonitis, and Lysanias ruler of Abilene, during the high-priesthood of Annas and Caiaphas.”  Then Taylor paused and said, slowly, letting the words resonate, “and you would think that everything there was to say about power had been said.” But no, Taylor said, for here is John, son of Zechariah, in the wilderness, and he is the one who receives the word of God.

For Taylor, Luke isn’t simply using the names of emperors, governors, kings and priests to put a date on the moment that John’s ministry began.  Luke is holding John in contrast and opposition to these powers. What is real power? How is it expressed? For Luke, it comes only from God, and it can come to anyone, and title and privilege have nothing to do with it.

As we examine Luke’s spirituality, we should never lose track of the fact that he has as much to say about opposing the powers and principalities of the world as he does about individual spiritual development.  For Christians, mindfulness, while important, is never enough. John, as he grew up in the wilderness, had plenty of time for mindfulness. There was little to do but watch the sky and the sands, to notice the little skittering animals as they darted to and from their holes in the ground, to listen to the shush of the wind through oasis trees, to lay beside the river as sunlight glinted off of the water.  These things, the things we notice and give our hearts to, are so beautiful that we can, indeed, become lost in them. But John didn’t stay in the wilderness. He took his wild self to the banks of the Jordan and began to preach, and people came flowing out of Jerusalem to listen to him, and to be baptized by him. He wasn’t calling them to a mindfulness retreat, but to repent, to turn back to God, to convert their hearts and their ways of being.

John’s choice of the Jordan River for his baptisms is important.  It is the boundary that the Chosen People crossed as they entered the Promised Land.  They were supposed to be a new people, and to model a new way of being human, holding a deep ethic of welcoming the stranger, forgiving debts, setting aside their land and their wealth for the benefit of the poorest among them, and being guided, always, by their sense of the divine.  Something went wrong along the way, and John is asking them to cross the Jordan again, to turn back to that original vision of justice and harmony.

Spirituality without conversion is simply a hobby.  It might make us feel good in the moment, but we should ask ourselves whether its changing our lives, and, just as importantly, the lives of those around us.  If we have a vision of justice, then those things that are unjust come into stark relief. And if we name them, we start to empty them of their power. Luke starts by naming the powerful, the instruments of injustice in his world, the shadows that fall flat and heavy when the vision becomes bright.  Part of Christian spirituality centers on naming the principalities and powers of our own world, of stating honestly those things and ways of being that are corrupting us, and that we need to turn away from.