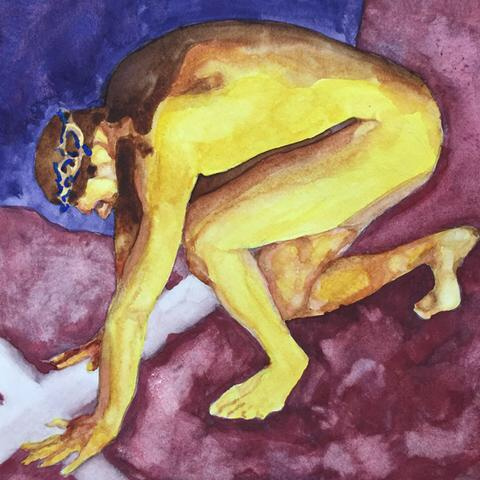 Now we arrive at three tales of resurrection, although only one of them is a literal resurrection.  The Christian life may be said to involve two major movements, the via crucis or Way of the Cross and the via lucis or Way of Light.  The via crucis is that depth of despair that is experienced by a man possessed by demons, a woman who has been hemorrhaging for twelve years, or a man who is watching his beloved daughter die.  We all know our own versions of it – those periods of loss and grief that threaten to overwhelm our individual lives. We also experience the via crucis collectively. Numbers are important in this passage from Luke’s Gospel.  The woman has hemorrhaged for twelve years, Jairus’ daughter is twelve years old, and twelve is, of course, the number of the tribes of Israel. The whole Jewish people is suffering, walking the way of misery and despair. But the gentiles are suffering, too.  The Gerasenes are gentiles, settlers whose city is part of the Decapolis, the league of Greek cities in the region of the Sea of Galilee. They, like the Jews, know what it means to be oppressed by legions, and the five thousand demons that roil around inside the demonaic will not let the people forget their oppression.

Fortunately, we won’t be left walking the way of the cross forever.  In these three stories, Jesus brings each person through their travail and onto the via lucis, the path of resurrection.  Sometimes there’s a cost involved.The Gerasenes aren’t just angry about pigs. They have been oppressed by the Romans for so long that such oppression has become commonplace, easy to hide in the ravings of a lunatic in the cemetery.  When Jesus heals that lunatic, he makes the oppression obvious, even as he sets them from it. But the thing about our oppressions is that they are familiar. We come to accept them, and can even be reassured by them, because the alternative is a step into the unknown. Who are we once we give up the identities that the via crucis has pressed upon us? I might worry that I don’t know how to be someone who no longer grieves. Or that I won’t know how to be sociable, now that the reason for my social exclusion has been taken away. Or that I won’t know how to participate in a just society, when injustice is all that I’ve known.  To be resurrected is to step into a new version of the self, and this is often frightening and confusing.