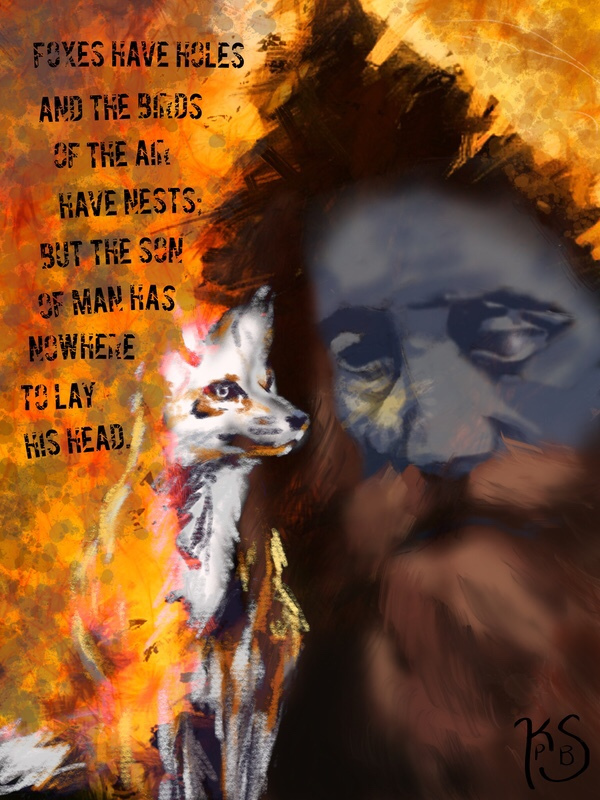 When Jesus comes down the mountain, he is not meek and mild.  He seems to chastise a parent whose son is possessed. He rebukes the disciples for wanting to consume the Samaritan village with fire.  Set against this is his kindness to a little child, his refusal to ostracize exorcists who aren’t in the in-group. Finally, he is mournful at the end of the chapter, and unbending towards those who would be his disciples.  This is a section of Luke’s Gospel that challenges our understanding of what religious experience is like, and the ways in which it transforms us.

First, the Transfiguration.  The past is present in this moment, in the persons of Moses and Elijah.  They also stand-in for Jewish identity, for the understanding of God that has been argued about and slowly articulated over thousands of years as the Hebrew people are formed, settle, and strive.  We often think of these two things as the most constitutive of our human nature: the experiences that form us; and, the identities that we’re born into and the identities that we choose. Jesus is in conversation with these two things, yet he refuses to stay with them, even though the disciples urge him to do so.

Instead he comes back down the mountain and immediately encounters a man in the crowd who has a demoniac as a son.  The disciples have failed to exorcise the boy’s demons, even though they’ve recently returned from all the towns and villages where they had no problem casting out demons.  Why are they failing this time? Perhaps it because of their remaining allegiance to the past and to their identities. When Jesus says he will be betrayed into human hands, he’s speaking to this allegiance.  After all, it is those who cling most fervently to the power and prestige that their identities provide who send Jesus to the cross. And it is the experience of insurrection after insurrection that lead the Romans to agree to crucify him.

Then comes the episode with the little child.  The disciples, in their fear, are trying to claim status and prestige.  Jesus confronts them with the child, who has neither status nor prestige.  Children are born into a set of identities, of course, but these identities have to be learned over time, and aren’t as settled with children as with adults.  The experiences that settle such identities haven’t happened yet. And these identities really don’t matter to the work of the Kingdom of God. Non-disciples who cast out demons in Jesus’ name are permitted.  The Samaritans, who reject the work of God because of their own settled identities, are left alone.

Finally, we are left to reflect on what an identity-free life that is uninterested in the past looks like, and what it costs.  It’s a wandering life, more unstable than the lives of foxes or birds. It’s a life where our past relationships really don’t matter that much.  All of this is present in this section, yet I struggle with it, just like the disciples do. I can’t pretend that I’m not a person who is made up of memory, like everyone else.  Can I hold those memories lightly, so that they don’t control me, for good or for ill? It’s dangerous to pretend that I don’t have an identity, that I’m not a white, heterosexual male and privileged in all of the ways that my identity is privileged in our world.  I want to hold my identity lightly as well, but I can only do that after admitting that it exists. Jesus does converse with Moses and Elijah, after all. He just doesn’t stay with them.