Facebook
Twitter
Pinterest
WhatsApp
Linkedin
Email
Tumblr
During this final session of the Teach-Ins, the focus was centered on INVITATION. This session offered an opportunity to return to the Four-Fold of Becoming Beloved Community and reflect on where we are being personally called into this work, now. Then, leaders involved in the work of Becoming Beloved Community offered invitations to join in the growing movement.
Michelle Dayton (Trinity Episcopal Church, Newark) spoke of the Way of Love circle, which gathers every other week on Fridays, from 10-11:30, rotating with the Justice Circle. Michelle shared the power of the Way of Love as offering spiritual practices that ground us and how leaders are now leading Way of Love circles in their own congregations–growing our collective capacity as spiritual leaders.
Todd Rockstroh (St Patrick’s Episcopal Church, Lebanon) invited all to join the Justice Circle, which meets on Fridays from 10-11:30, in rotation with the Way of Love Circle. These Fridays circles with focus on both Way of Love and Justice empower a different form of healing and justice, rooted in love. Todd highlighted the various issues teams were organizing around in action including Voting Right + Criminal Justice Reform, Equitable Housing, Interfaith Organizing, Movement Building and Sustained Action in The Episcopal Church, Youth Anti-Racism, Symbolic Action, and Peace-Making and Bridge-Building. Using a scaffolding, these groups aim to be mission-driven, moving beyond issue-based.
Nicole Hershey (St. Barnabas, Cincinnati) issued an invitation to join in a StorySharing Campaign that will be launching at Convention. Nicole began by sharing a personal story of how sharing stories offers opportunity for transformation. She shared opportunities to join the campaign by serving as a StoryTeller, StorySeeker, StoryKeeper, and event planner.
Miriam McKenney (Calvary, Cincinnati) lifted up the upcoming Way of Love advent series as a way to join with others who are committed to Becoming Beloved Community. She will be co-hosting this advent series, on Wednesdays from 7-8:30pm, from December 2 through December 23. Registration information is forthcoming. Miriam then also shared opportunity to engage in her picture storybook ministry, aimed at inviting dialogue and reflection on the realities of race and racism through picture books. This creative approach invites deeper engagement with the truths of white supremacy.
Interested in joining the Becoming Beloved Community Friday Circles of Way of Love and Justice-Making? Contact ahowton@diosohio.org. 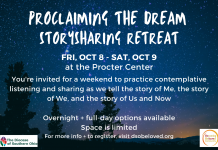 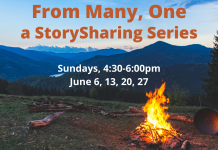 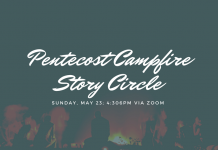 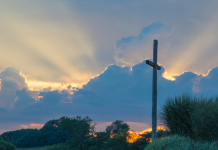