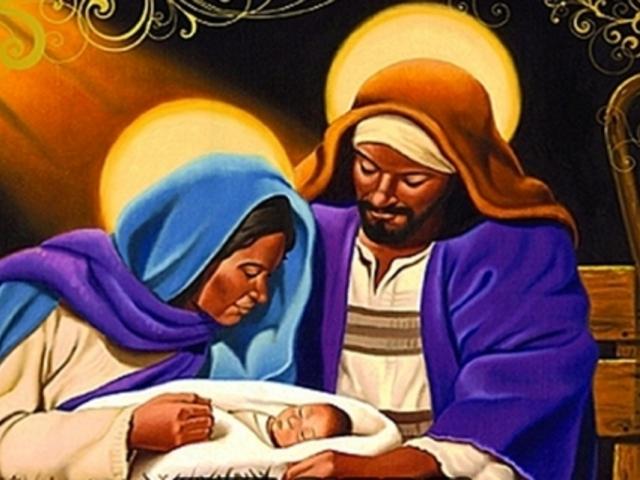 by Kate Haralson; Episcopal Church of the Redeemer, Cincinnati, OH

If you’ve never heard of the Cincinnati Black Theater Company and Black Nativity before, you’re probably white (Hi my name is Kate). The Cincinnati institution has been around for two decades, and, as an avid local arts consumer, I’m a little sheepish to admit I hadn’t heard about it until this year. But I became convinced that attending the event was a good start in “practicing the way of love.” Yes. This was a thing I could do. Even better, I would invite all the Millennials and Xennials I know from our church to join me on this journey.

My husband and I walked into the theater, and it immediately became apparent how white we are. My muted self-righteousness quickly dissolved into feeling vulnerable and slightly voyeuristic. I counted. Onetwothreefourfive other white people. I had invited additional folks from our church, all of whom would also be white, because you know…Hyde Park.

The pre-show soundtrack was a cellphone video of a toddler weeping about police violence toward the black community. The volume was uncomfortably loud; side conversations were nearly impossible. And so, a room full of mostly black adults sat in silence while a very young girl wailed that she just couldn’t take it anymore. I squirmed in my seat.

The morning my daughter turned six, she had her first existential crisis. She came into my room and asked me why she didn’t feel any different. She had expected to feel different when she woke up, because yesterday she was five but today she was six. Her disappointment was palpable; her innocence destroyed. Learning that every day is just like every other day whether it’s your birthday or not is apparently soul-crushing.

But for this black toddler, I suppose the crisis is relative. My anxiety quickened; would my white church friends be turned off by this raw display of emotion? Would they deny this little girl’s reality? Would it scare them away?

Ah yes…there it is. White fragility. My concern for my folk is an acknowledgement of the general inability of white people to absorb and process any amount of racism. My desire to protect them from it perpetuates this inability.

So, I leaned into the discomfort. I barely had time to catch the headwind before the show started. After a short introduction, the house lights went down, the music went up, and several cast members started to walk circles around the audience, improvising prayers. The music and the prayers swelled with intensity, and one of the walkers started speaking in tongues. My self-contained, Episcopal pragmatism perked up, telling me this is a religious danger zone with people who were clearly out of control. But as quickly as that thought entered my consciousness, another replaced it: that these people were so genuinely and sincerely praying for me and my salvation that they had been overcome by the spirit, and I am undeserving.

It is through this lens that I observe the arrival of Black Jesus. The dancing and music were certainly moving and entertaining (they put a baby in a sheep costume and I died of cute), but the anchor was always unmasked joy in Christ’s arrival. It was an authentic celebration of a promise that we will all be made whole, that the suffering here is not final. But especially in this sacred space, I feel undeserving.

As a white woman, I am the beneficiary of a particular kind of subversive privilege. The kind that tells people white women are fragile but iconic, mostly well-meaning but blissfully naive. For me to join into this celebration is to feel entitled to yet another institution. To invade a space that would not have existed without colonialism and oppression and genocide and segregation. And so I sit. Even though the muscles in my legs are itching to stand and worship in joy, I sit and observe knowing this time, this is not for me. Maybe next year.

Kate Haralson has attended the Episcopal Church of the Redeemer in Cincinnati for over 10 years, serving in ministries focused on building and reconciling community, and recently accepted a call to serve on vestry. As a Christian, she closely identifies with Jesus’s radical efforts to disrupt oppressive systems. As a faith community  member, she feels compelled to promote a holistic, self-aware approach to social justice and equity in mission work.

Kate works in healthcare improvement, loves spreadsheets, cycling, and quilting, and packs her schedule with protests and community meetings. She birthed two little activists: Dot (6) and Sid (4) and found her eternal partner in advocacy: Mitch (old). She loves Cincinnati, and is relentlessly optimistic about its healing and prosperity. That goes for the rest of humanity as well.